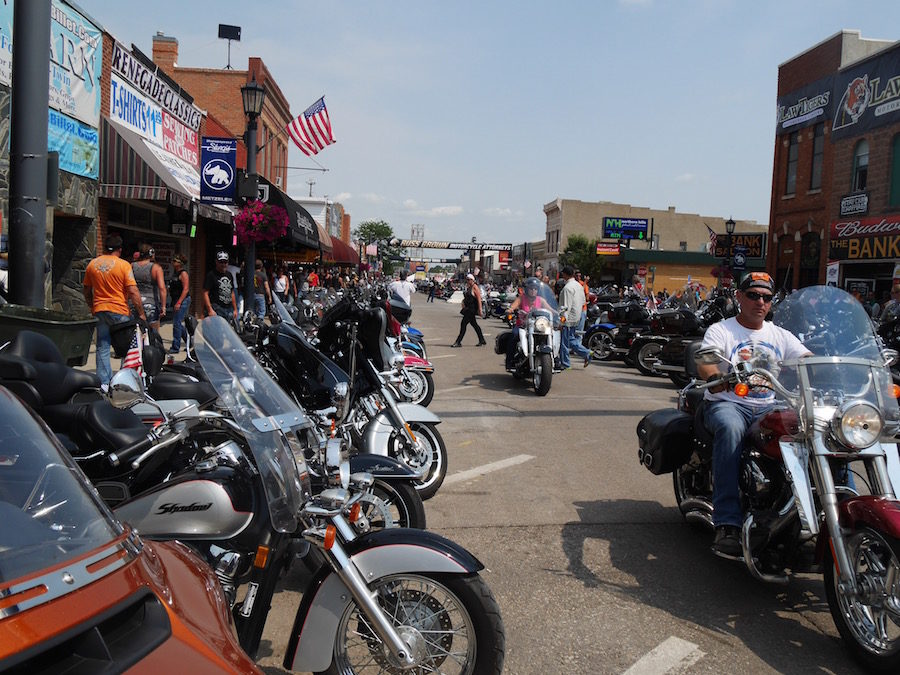 How do you describe Sturgis?

By the ever present rumble of Harley Davidsons and the half a million plus riders that visit for a week in August to attend the largest motorcycle rally in the world?

The glorious riding through the Black Hills of South Dakota including Mt. Rushmore, Crazy Horse Memorial, the Needles Highway as well as the biker friendly towns such as Keystone, Hill City, Lead, Spearfish, Casper, Custer and of course the famous Deadwood of Calamity Jane and Wild Bill Hickok?

Or to the east, The Badlands and to the northwest the village of Hullett which is close to Devils Tower, made famous in the movie Close Encounters of the Third Kind?

The notorious saloons such as Full Throttle, Broken Spoke, Glencoe, Knuckle Bar, One Eyed Jack’s and Jack Daniels to name a few?

The women of Sturgis, to be seen and photographed in their body paint and minimalist clothing, even those of an age that really should know better?

Main Street, bars, souvenir and tattoo shops, six blocks closed to all but motorbike traffic, motorbikes parked four across the street, the constant movement of people and bikes all dominated by the constant grumble of V twin engines, from above the scene would sound and look like the movement of bees busy at their hive, constant and never ending?

Lazelle Street, bikes being washed by girls in bikinis and where you can purchase everything imaginable for your bike, from exhausts, to tires to lights to suspension to seats to chrome, chrome and more chrome and it all fitted while you wait?

Or lastly forty kilometres away Rapid City Harley Davidson, its massive carpark full of vendors, all wanting a share of the cash that half a million motorbike rides have to spend?

How do you describe Sturgis? – You don’t, you experience it! 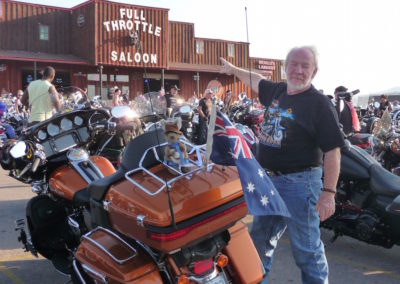 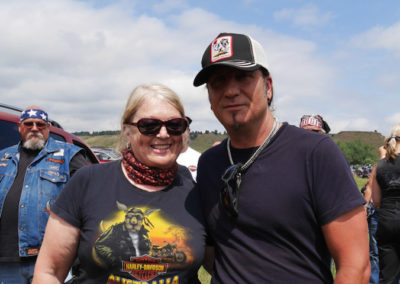 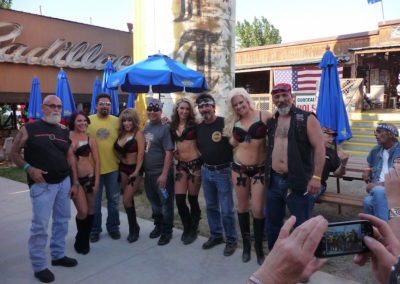 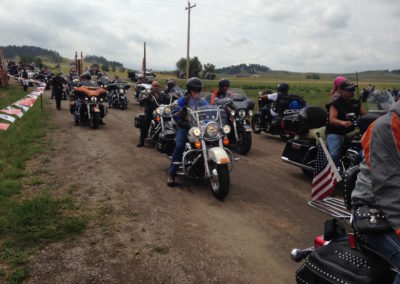 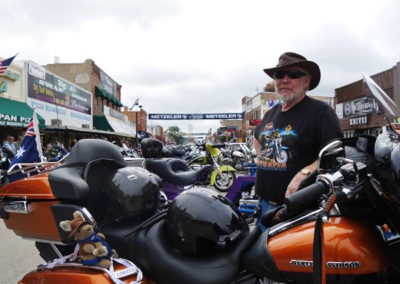 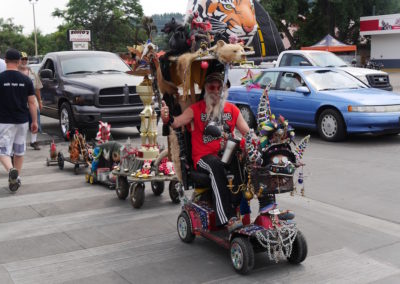 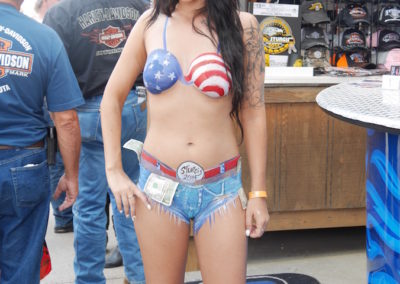 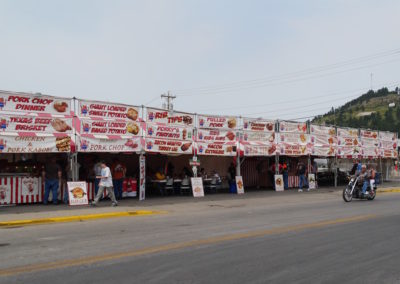 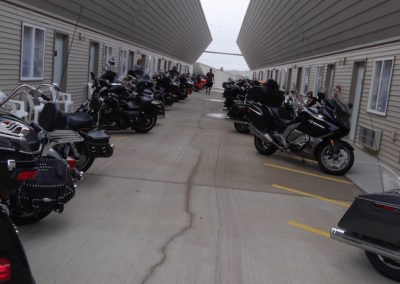 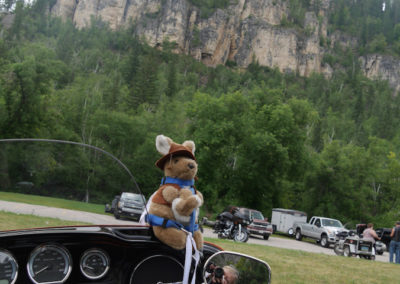 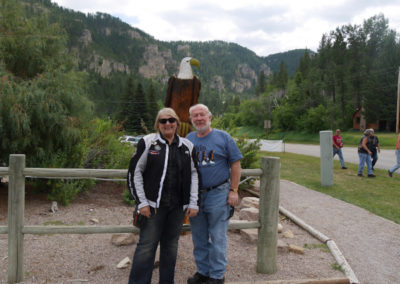 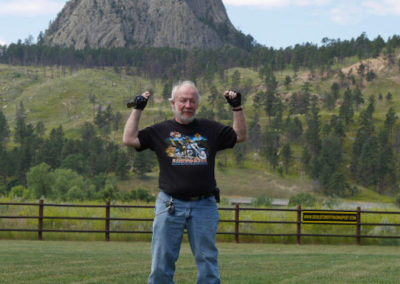