Ceduna to Coffin Bay along the Flinders Highway 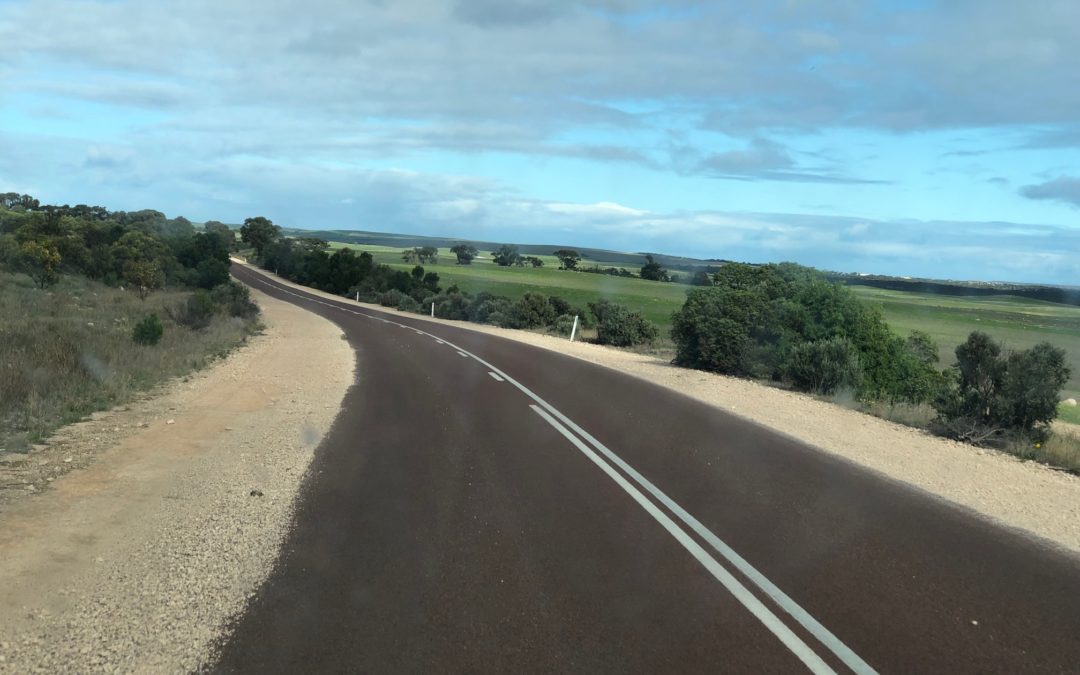 We spent three leisurely days driving from Ceduna to Yangie Bay, in The Coffin Bay National Park, with a one peaceful night stay at Murphy’s Haystacks.

We followed the Flinders Highway, which on Mel’s rating scale  was six for road conditions, and a eight for scenery.The Highway is narrow and a bit bumpy in places, it passes through green rolling hills dotted with old homesteads, many constructed from limestone brick. The land is mostly pastoral, predominantly sheep, and a few new lambs could be spotted prancing around the paddock .

Views of the coast can be seen occasionally, and we ventured into Venus Beach township, which was very quaint, great van park on the water, and looked a great fishing spot.

We took another side road just before Elliston and followed the road along the stunning clifftops.

We also passed along the Highway numerous salt lakes, the largest apparently is 20klms long.

We settled into Yangie Bay Campground for a two night stay. 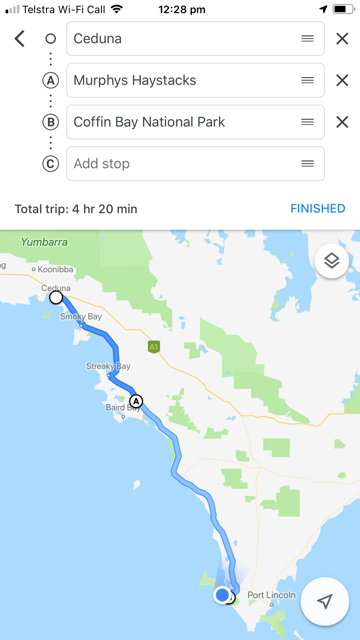 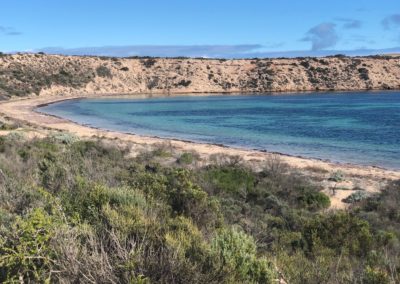 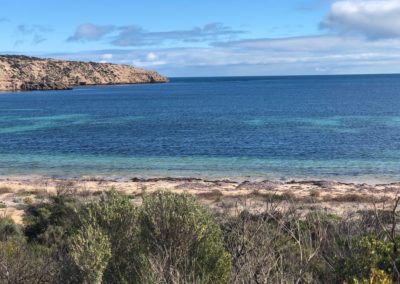 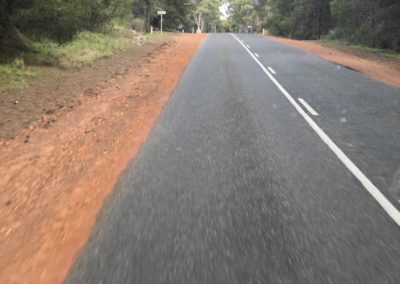