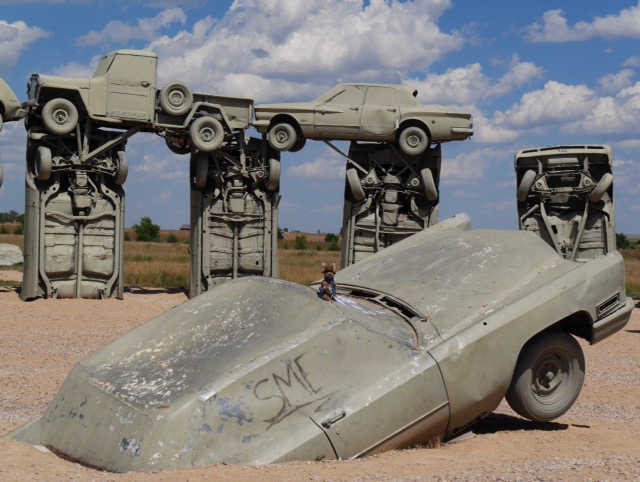 On a hot cloudless morning we rode through the rolling treeless hills of the Lakota Pine Ridge Indian Reservation in South Dakota. We were heading to the site of the mass burial site of the wounded Wounded Knee Massacre of 1890.

We had been warned on numerous occasions that the reservation is the poorest area in the USA and unsafe, we went anyway.

One hundred and fifty Lakota Indian men women and children died at Wounded Knee in December 1890. The Wounded Knee Massacre was effectively the end of the Indian wars and had a profound effect on the frontier west. The greats forts such as Fort Laramie were no longer required and were decommissioned and abandoned by the army.

There in the middle of the cemetery is the mass grave.  Along with those who died on the fatal day of the massacre, is the grave of Lost Bird, the sole survivor of the massacre. Lost Bird was a baby and found under the frozen body of her mother, she was the adopted by Brig. Gen. Leonard Colby, mistreated, and died as a pauper, and in 1991 her remains were bought back to be rest with her tribe.  No other person was to be seen so we spent a long time at this sad place before leaving. We rode a long time before words came to us again.

After fuelling ourselves and the bike at the Pine Ridge township petrol station and realising we were the only non Indians we decided it was time to move on out of there. We rode with haste and unease through a couple of the smaller townships that obviously were the reason we were warned about and to not visit. 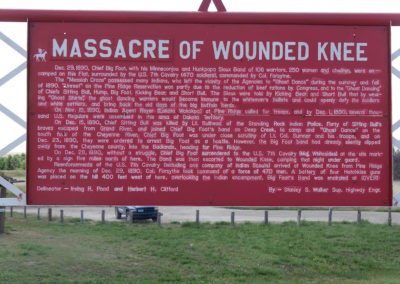 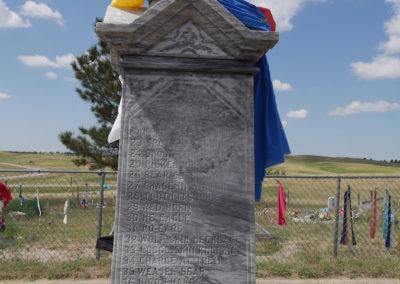 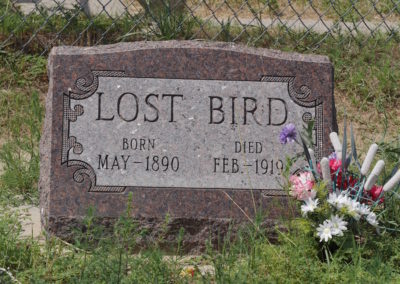 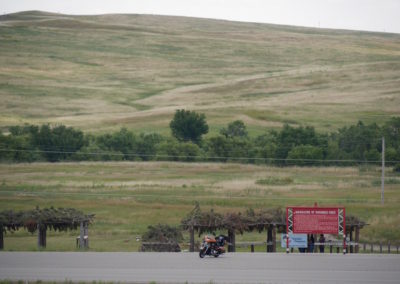 The afternoon rolled on and the riding through the heat and never ending treeless hills on very good roads started to become monotonous. On and on and on.

But wait! we are  in the Salisbury Plains in England and there ahead in the haze is Stonehenge.  No we are day dreaming, this is the high plains of Nebraska not England and what we see is Carhenge. Cars painted grey and put in the ground to replicate Stonehenge. 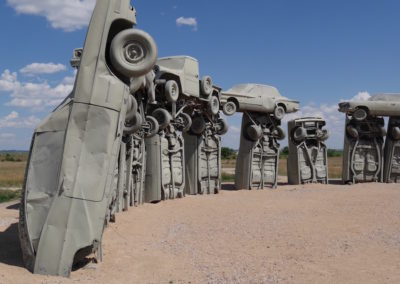 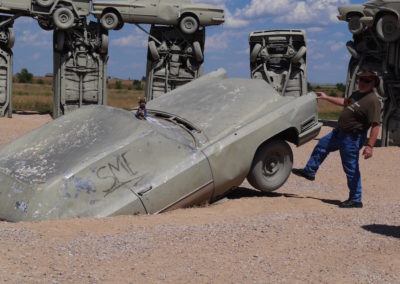 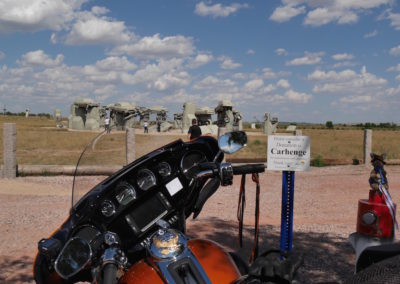 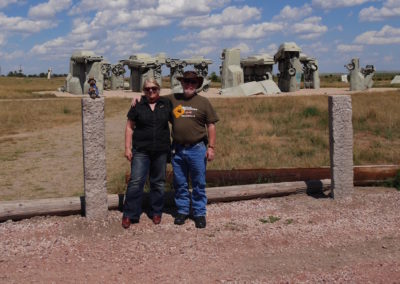